Hamilton To Return To The Bushnell: Part2

The well-received musical hit from Lin-Manuel Miranda, Hamilton will be returning to The Bushnell. This is as the show has already been to the venue. The second coming will start on Wednesday and conclude on July 10th. The show was last in Hartford four years ago, which is a long time.

Ever since it first debuted on Broadway, Hamilton is still one of the biggest musical hits ever. The show is still a favourite on Broadway. It still has ongoing multiple tours in North America as well as functional companies around Australia, Germany, and England. 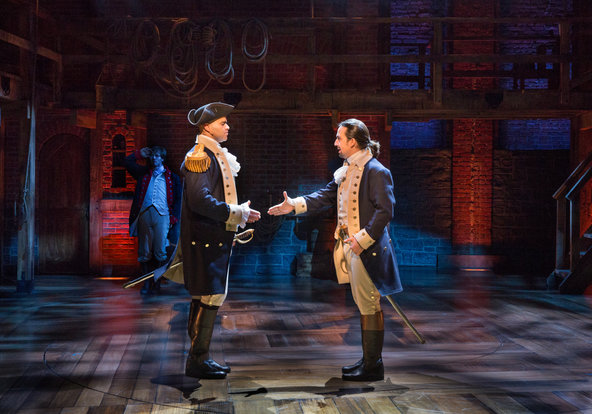 This is the third run of the show

Hamilton had been scheduled to make a return to Hartford in December 2020. The anticipation for the show was so great that it was announced in April 2019. The rebooking for “Hamilton” was a part of the 2020-21 season for The Bushnell. It was used to enhance ticket sales for the show season of 2019-20, using the idea that current ticket holders would be given preference on the seats for “Hamilton” if they extended their subscriptions. However, the Covid pandemic hit. But, The Bushnell tried to honour these dates as far as possible, however, neither the tour nor the theatre was able to stage a comeback. No other person was able to explain this better than David Fay at the time, “The show was pushed back to several months” as he spoke of the extra 18-month wait for the show.

Lin-Miranda continues to do what he loves

During the period of Hamilton’s first berth in Hartford, “Mary Poppins Returns” had just been released, as it co-stars Miranda in the role of Jack the lamplighter. Miranda had a previous stint working with Disney when he penned hit songs for the hit, “Moana.” He also featured in “Duck Tales” as the voice of Gizmoduck. He has continued to work with Disney, writing songs for the movie, “Encanto.” He has also gone on to write more new songs for the remake of the movie, “The Little Mermaid.”

Hamilton to visit Connecticut, as the city prepares for the show

Connecticut played a part in the American Revolution as dramatized by Hamilton. Samuel Seabury who was the first Connecticut bishop and the first Episcopal Bishop of America features as a minor character in the show. He was laid to rest in New London.

As the musical hits town, special exhibits have been created at several museums as it has been able to provide some of the show’s local historical context. “Villains and Heroes of Hamilton” is visibly displayed at the city’s Connecticut Historical Society in Hartford. The exhibition started in the early parts of May and will continue until August 28.

Check out the latest Hamilton US tour dates.

“Hamilton: The Art of Remaking History” is been shown at the Wadsworth Atheneum/Museum in Hartford. It starts from June 24 to September 11th. Also, “Hamilton” will be running at The Bushnell from Wednesday to July 10th in Hartford. Performances will be at 7:30 p.m. from Tuesday to Thursday, at 8 p.m. on Friday, from 2 to 8 p.m. on Saturday as well as from 1 to 7 p.m. on Sunday. There is an extra matinee by 1 p.m. on Thursday for $69-$266. $10 tickets are also available through an online raffle system.

No Replies to "Hamilton To Return To The Bushnell: Part2"